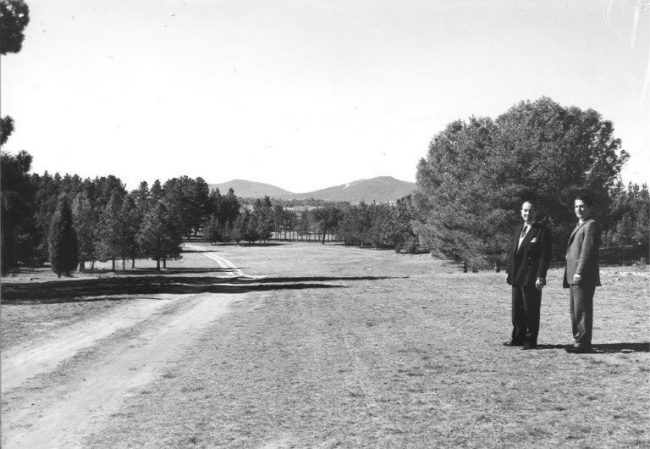 The foundation stone for the city was laid in 1913 and in that same year, a few golfing enthusiasts established a nine hole course on a site near to what is now the city centre. Subsequently, in 1922, those stalwarts domiciled themselves on a new nine hole, sand green layout at Acton, sharing space with the Acton racecourse and leading to problem lies through omni-present hoof marks on the fairways.

Things took a turn for the better however, when in 1926, the Federal Capital Commission constructed a new golf course on an adjacent site at Acton, where the Canberra Golf Club had its first real home. That Acton course was built on the banks of the Molonglo River and, with the river as a constant threat to wayward shots, soon earned a reputation as a superb and challenging test of golf. With minor changes only to the layout, but major changes to the clubhouse, it remained the home of Royal Canberra Golf Club until 1962, the “Royal” status having been granted by King George V in 1933.

The Walter Burley Griffin plan for Canberra called for the damming of the Molonglo River to form a lake and so it was that, in 1962, with its Acton site due to be submerged in that plan, the Club moved to its present site at Westbourne Woods. In the 40 years since that move the Royal Canberra Golf Club has developed into Australia’s pre-eminent inland golf course. Venue for a number of major tournaments, both amateur and professional, over the years the Royal Canberra course regularly features in Australia’s top 50, relying on its natural beauty, its marvellous variety of trees and challenging design to occupy a rating well above many newer, resort-style courses. 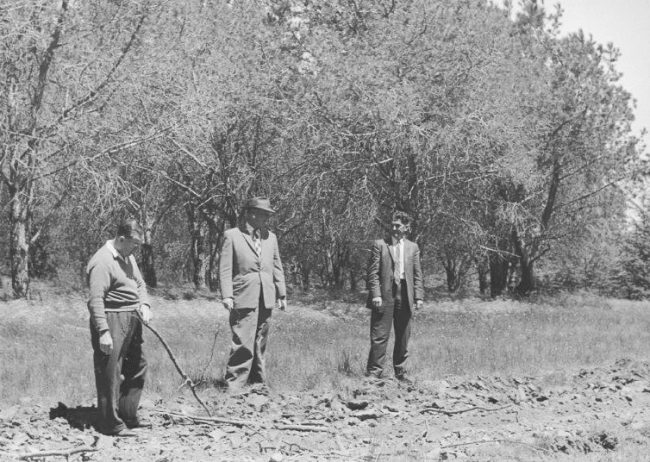 Royal Canberra Golf Club is the custodian of the Westbourne Woods Arboretum. How did a golf course come to be located in the beautifully planted Westbourne Woods? The key lies in one word – water.

Westbourne Woods flourished under favourable circumstances and seasons until the early 1940’s. Between 1941 and 1944, Canberra experienced a prolonged and harsh drought which, coupled with the wartime shortage of manpower and materials, left the arboretum in a sorry state. Botanists, horticulturalists and conservationists became very concerned about the ability of the arboretum to survive without the provision of water to maintain reasonable soil moisture levels in times of drought.

But the costs of installing and maintaining a pumping and irrigation system were so high that it was not considered an economic option. The solution to this economic problem was conceived by Dr Max Jacobs, Principal of the nearby Forestry School. In January 1945, he suggested that a permanent golf course be developed in Westbourne Woods, not to the exclusion or detriment of the Woods, but rather as part of them and to their mutual benefit.

Max Jacobs recognised that a golf course could be constructed to harmonise with the arboretum and that the rejuvenation and further development of the many silvicultural species could become an integral part of the maintenance of the course.