We have had a really productive week on the golf course with the cooler temperatures giving us the opportunity to play catch up on some of the tasks around the golf course that have been outstanding for quite some time, whilst we have been focused on nursing the cool season grass through the heat. The team have been focusing on irrigation repairs, which have included weeping sprinklers and sprinklers that have not been communicating with the central controller.

Other areas of focus for the team have included repair work from the fallen tree at the 2nd tee. The repair work was led by Billy (Course Foreman). The team harvested turf at the rear of the tee (out of play) and transferred it to replace the damaged areas through the middle of the teeing ground. 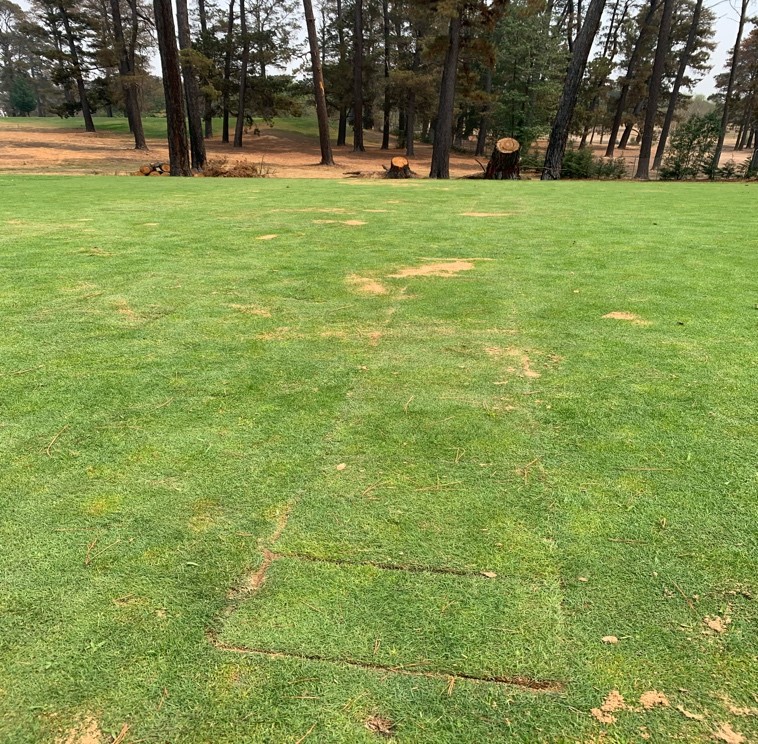 Repair work at the 2nd tee

We are continuing to utilise course closures during social golf where we often close nine holes to allow maintenance tasks which are not possible during play. This week we have taken the opportunity to tyne greens, which will help to improve air movement throughout the soil profile. Solid tyning also creates channels for water to infiltrate into the soil and will improve efficiency when we irrigate the grass.

Cultural practices such as mechanical aeration are critical in managing turf grass especially during periods of stress, such as the current heat we have been experiencing. All greens have been groomed and dusted this week. Grooming is a process where vertical cutting blades are used to mow over the green surface to lightly remove any material that the conventional cutting mowers cannot cut. The grooming process assists in the removal of dead and thatchy material from the putting surfaces. 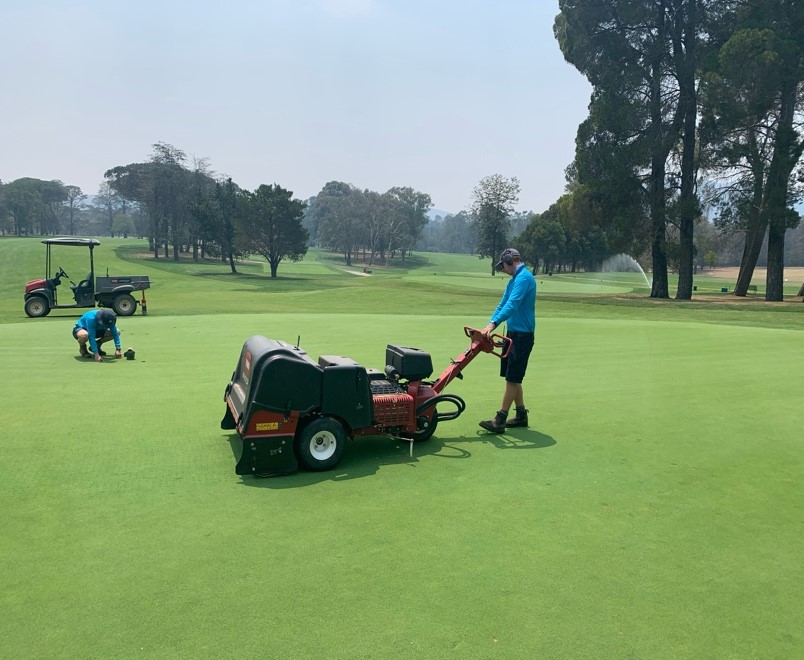 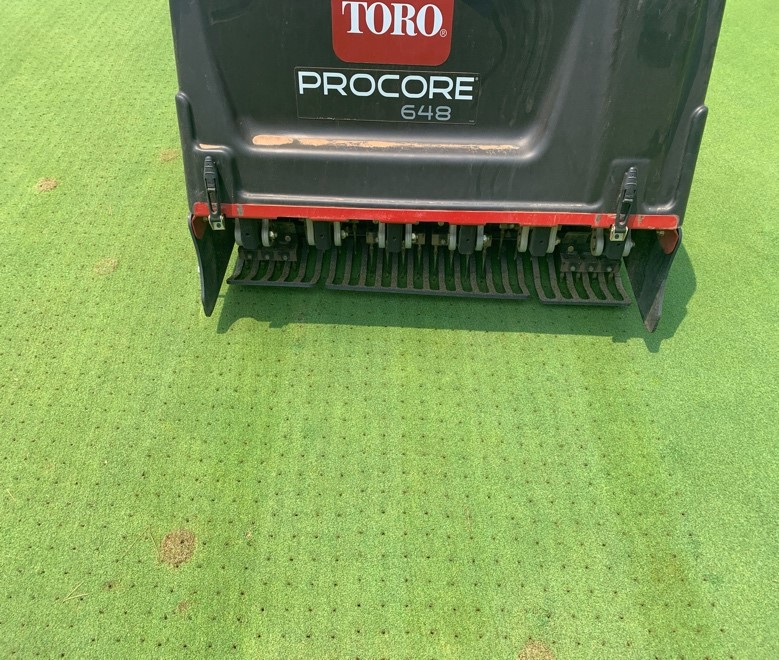 Result of solid tyning to the green surface 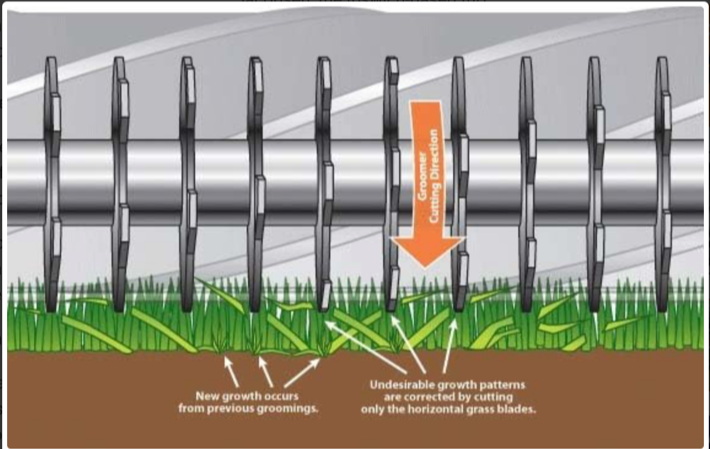 Cross section of a grooming unit 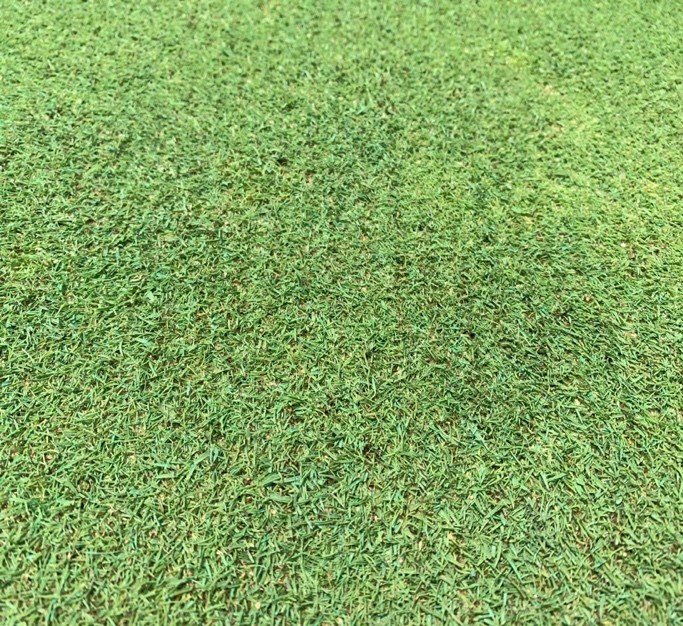 We are continuing the plugging work on the 9th green to repair damage caused by a herbicide applied to the green. There is still more work to do on the 9th but the team have put a big dent into the work load remaining.